One of the first people to reach out to me in the HR Blogsphere was Chris Fields from CostofWork.com. Since we’ve become HR blogging buddies we’ve talked HR, north vs. south (O-H-I-O) and for the most part we tend to agree but occasionally we find an issue to disagree with. In the first part of this series we threw down on Social Media background checks. This month we’re back to debate the termination of some fun loving, gangnam style lifeguards. Below, is the Cost of Work view, check out the HRremix view here.

Here’s my part of the HRremix’s (Melissa Fairman) and CostofWork’s (me) series titled “Dirty South Mouth-Up” where she and I take opposing views on topical HR news stories, last time we talked about HR asking for access to perspective employees Facebook id’s, you can read it here. This time we’re going Gangnam Style! (Can’t believe I just typed that) here’s my response to the “Gangnam Style” California LifeGuard parody video situation. You can read the back story here. And you can read Melissa’s response over on CostofWork…click here 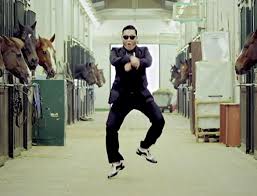 This whole situation comes down to teachable moments, turning a “negative” to a positive and benevolence.

The City Council for El Monte, California, fired all 14 life guards that participate in the parody video which has gone viral; that’s important to know. Now the people of the city have come to the lifeguards’ defense and there are hearings to discuss whether or not the terminations were justified.

Here is the official statement regarding the termination.

“There was a clear unauthorized use of city resources and property, including the use of city issued uniforms during the making of this unauthorized video. The city maintains that it holds all employees to a higher standard.”

If you don’t know already, sometimes people need to find things to justify their jobs, other times (especially) in politics, the constituents will drag you into a situation. Everyone needs to feel that the system is working.

The city council acted very swiftly, and usually when you act swiftly you make mistakes. The city council was well within their rights to fire these lifeguards. Ah, but just because you CAN do something doesn’t mean you SHOULD. Just as “Uncle Ben” told “Peter Parker” when he was battling with his newly developed super Spider powers “With great power comes great responsibility.”

“There was a clear unauthorized use of city resources and property, including the use of city issued uniforms…”

Pish-posh, I say. Uniforms? Oh you mean water, swimming trunks and bathing suits? And by the way, these kids made no money off this video.

Riddle me this, when you think of the springtime and summertime, and the pool opening up for the season, what comes to mind? Water, fun, sun and good times, right? Also who doesn’t like to enjoy themselves at work? Historically, no one.

With all the lewd and lascivious, salacious, violent, dangerous, filthy things that go on in the workplace every day, this is the least of their worries. The punishment of termination does not fit the so-called crime. Firing them was way too harsh. This was a teachable moment. The city council could have used this video to promote the positive relationships and the passion that their lifeguards have. I would love to take my kids to the pool if these lifeguards are on duty.

Instead of firing the 14 lifeguards the city of El Monte should be thanking them. That video is a visual representation of young, seasonal employees, having fun at work; safely I might add. There was no one in danger at any point in that video. So to recap, no one was physically hurt; no one made money, and there was no neglect.

As I mentioned early, it comes back to forgiveness, clemency and sympathy, the intent of these kids was to have a little fun at work, why not a warning and explain to them that they can’t use city materials in their viral videos? How about educating the kids about protocol and expectations?

Some of these lifeguards have worked for the city for years with never an incident, are you going tell me that because they sang and danced in the pool, those years of valuable service means nothing?

Replacing and training new employee cost lots of money. Holding hearings cost money. Having a bad reputation as an unsympathetic, coldhearted relic will also cost you money because no one is going want to work for you and support your ideas. The punishment does not fit the crime.

Let’s face it folks, you deal with tougher issues before you leave the house in the morning. Give the kids their jobs back with a warning, put the video on the web, and let’s move on.

Editorial note: Looks like all the bad press and embarrassment of firing these kids is having an adverse effect. Check it out.

Well that’s what Chris thinks, I, of course, have a different opinion, check it out here.